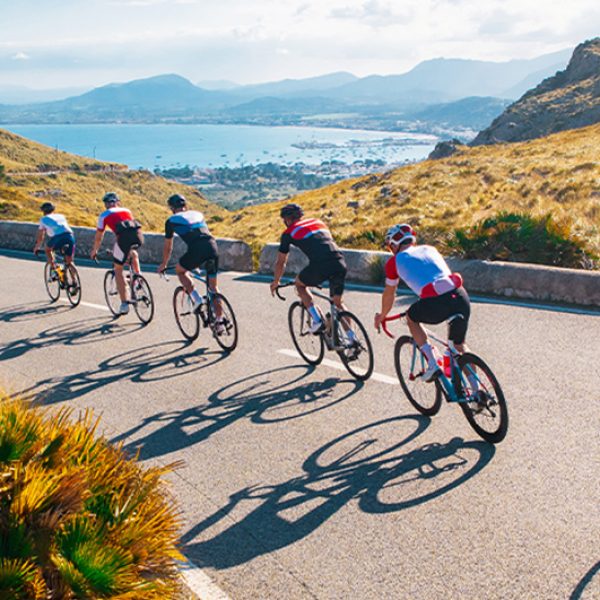 How Do Weekend Warriors Ward Off Pain?

Curcumin — an active compound found in the popular spice turmeric — has a long-standing history in natural health and ancient traditions. Tumeric is found at the root of a plant known as Curcuma Longa, part of the ginger family best known as a spice used in curry. It has been used for medicinal purposes for thousands of years in Asian countries, including China. Bright in its yellow pigment and first officially identified back in 1815, the polyphenol curcumin belongs to a family of chemicals that are known as curcuminoids.

While turmeric is excellent when used as a spice, curcumin extract is a better choice for a wide range of natural health benefits. Curcumin is a very powerful antioxidant and has strong anti-inflammatory effects. This combination has made it one of the most talked about natural ingredients in the world today, particularly given the advances that have been made in recent years.

Given that curcumin is poorly absorbed during digestion, a series of different formulations have been created to improve its bioavailability. Science has also helped address some of the inconsistencies in regular curcumin – which typically vary in potency from batch to batch. This has led to the production of powerful anti-inflammatories that deliver exacting standards of relief to those dealing with these often painful conditions.

Our inflammatory response – defined as our body’s ability to fight foreign invaders and help repair tissues – is fundamentally important to our overall health. Yet when acute, short-term inflammation becomes chronic, protracted and starts attacking your body’s own tissues, it can be a significant problem. Studies suggest that chronic low-grade inflammation can play a role in various conditions such as heart disease, Alzheimers and other degenerative conditions.

With the baby boomer demographic moving into its golden years, natural anti-inflammatories have become so important. As part of this emergence, curcumin has become well-recognized as a natural anti-inflammatory that can be used therapeutically to help combat chronic inflammation, whether from acute injury, surgery or exercise. It allows young high performance personalities to continue their high volume training regimens, keeps weekend warriors moving and empowers boomers to maintain a healthy active living lifestyle.

A case in point is the active compound in PURICA Curcumin Extra Strength; the patented curcumin extract BioBDM30. This formulation was developed with high levels of one particular curcuminoid;  Bisdemethoxycurcumin (BDMC). On the strength of its high BDMC content, PURICA Curcumin with BioBDM30 is a more potent anti-inflammatory than standard curcumin, which is typically associated with lower levels in the range of 0.5-1% BDMC. PURICA Curcumin, on the other hand, delivers 30% BDMC.

The scientific research behind the patented BioBDM30 in PURICA Curcumin has focused on separating, isolating and mapping the pharmacological effects of these compounds to see how they each impact the subcellular activities that help to neutralize many symptoms, including of course the anti-inflammatory properties of the curcuminoids.

It is this powerfully potent concentration of the BDMC curcuminoid that allows PURICA Curcumin to create tangible anti-inflammatory effects for everyone from high performance athletes and active living “weekend warriors” dealing with muscle and joint pain to those with much more serious and degenerative conditions. The 30-to-1 ratio of BioBDM30 (compared to regular curcumin) results in powerful effects. In simple terms, the difference is that relief is felt in hours instead of days.

Curcumin works by inhibiting NF-KB (Nuclear Factor Kappa-B), which is a molecule that travels into the nuclei of our cells and activates genes related to inflammation. PURICA Curcumin not only does this, it also targets MSK1 (mitogen-and stress-activated protein kinase 1). This combats inflammation from two targets areas, whereas regular curcumin only inhibits NF-KB.

The BDMC contained in PURICA Curcumin also offers an ORAC (Oxygen Radical Absorbance Capacity) value of 565,000 units, compared to regular curcumin, which has just 9,500 units. This high ORAC value helps to reduce oxidative damage to the cells. The other benefit with the patented BioBDM30 in PURICA Curcumin is that it improves its stability, bioavailability and prolonged survival in the blood. This gives it the capacity to last longer, which in turn provides potent anti-inflammatory and rapid results.

For those of you suffering from the kind of joint pain and inflammation that prevents you from doing the things you love, or those interested in some of the other health benefits associated with powerful antioxidants and anti-inflammatories such as Curcumin BioBDM30, PURICA Curcumin Extra Strength with 30% BDMC can become an important part of your natural health regime.

For more, check out a recent episode of The Triskelion: The PURICA Podcast, devoted to the remarkable attributes associated with curcumin. The podcast features PURICA Co-Founder, CEO and Chief Formulator Jason Watkin and Franco Cavaleri of Biologic Pharmamedical Research, one of North America’s leading experts on curcumin and the developer of BioBDM30.

About the Author: Tawnya Ritco, RHN

Tawnya Ritco, R.H.N., is National Director of Sales & Education for PURICA. She promotes natural health education and finds inspiration in the connection between nutrition, lifestyle, and vitality.