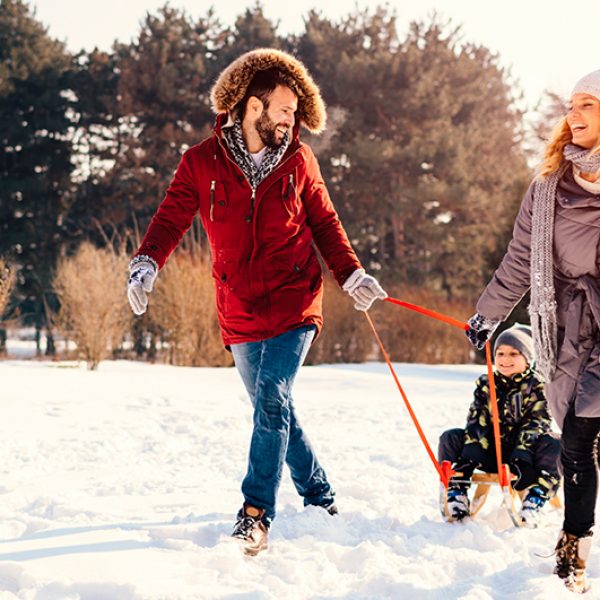 Vitamin D is a vital nutrient. We generally get the vitamin D we need from the sun’s rays, which give vitamin D its nickname as the “sunshine vitamin.” Unfortunately, two major issues prevent most Canadians from getting sufficient amounts of vitamin D. First, modern concerns about the harmful effects of sun exposure mean that Canadians tend to limit their time in the sun. Second, Canada is a northern country with very limited amounts of sunshine during winter months. Health experts believe as many as 80% of Canadians do not get enough vitamin D during the winter months from October to March.1 Quoted in the Globe & Mail, Dr. Rohan Gunasingham stated, “Starting from now [October], if you are in Toronto, you can forget it. You will not make any vitamin D even if you go and stand outside without any clothes.”2

How then, do we ensure we get sufficient amounts of this vitamin? Studies show that supplementation of vitamin D, specifically D3, is an effective way to obtain vitamin D.3 The costs of not getting enough vitamin D are great.

Low levels of vitamin D are associated with:
• Over a dozen different types of malignant diseases including those of the breast, prostate, colon, pancreatic, ovaries and bowel4
• Low bone density and poor calcium absorption5
• Lowered immune modulation6
• Incidence of daytime sleepiness7
• Backaches, muscle pain and painful joint inflammation, especially in seniors1
• Low energy during winter months1
• Greater incidence of falls in the elderly8

How much vitamin D do you need?
Recent studies suggest that levels of 1,000 IU per day are required to prevent serious disease, although evidence that higher amounts above 1,500 IU may be appropriate is beginning to be investigated.3,4 Health Canada advises a recommended limit of 1,000 IU per day, while the USA-based National Academy of Sciences set the upper limit of vitamin D consumption at 2,000 IU per day. Some sources suggest amounts over 2,000 IU per day may lead to an excess of calcium absorption which can be hard on the liver and kidneys.9

Studies show that most Americans only get 320 IU per day and Canadians get even less sunlight because of our northern location.3 The D3 form of vitamin D, also known as cholecalciferol, is considered the most effective form, being better utilized by the body than the D2 form.

Vitamin D in the news
It seems like hardly a week goes by without new studies being featured in the media. Here is a summary of some of the recent headlines and research: