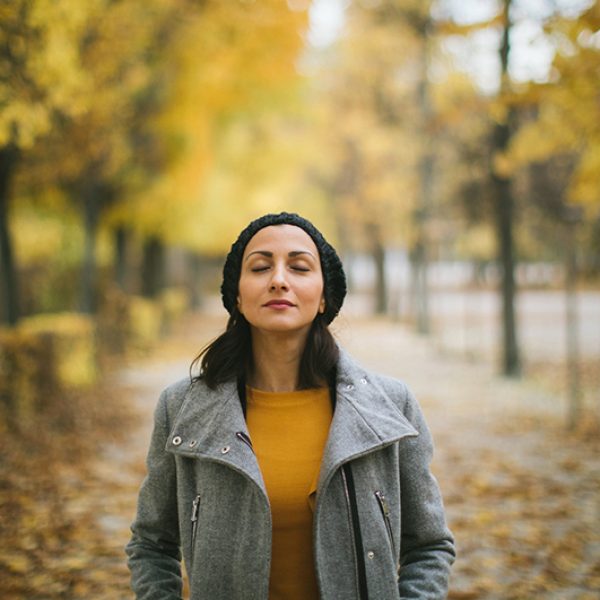 Breathe in. Breathe out. Breathing deeply to fill our lungs with fresh, life-sustaining oxygen is something we mostly take for granted. Only when a respiratory condition interferes with our breathing do we fully appreciate the ability to do it freely and clearly. Fighting to breathe due to inflammation, coughing, excess mucous production or an auto-immune response to allergies or toxins is surely one of the most uncomfortable experiences in life.

Breathing is not only necessary to life, but when done properly, can contribute to better overall health. As Andrew Weil, MD, the well-known natural medicine educator states, “Practicing regular, mindful breathing can be calming and energizing and can even help with stress-related health problems ranging from panic attacks to digestive disorders.”1 Of course, we cannot achieve these higher levels of breathing until we are breathing clearly.

Bronchitis can take two different forms: acute and chronic. Infections, colds or flus are the common causes of acute bronchitis. Generally, acute bronchitis resolves in a few weeks, but can lead to more severe conditions such as pneumonia.

Chronic or reoccurring bronchitis is most common in those with allergies, those working in occupations with unhealthy respiratory conditions and smokers. Chronic bronchitis also makes the oxygen exchange in the lungs more difficult, which can put stress on the heart.

Asthma – Asthma is a disease of the lungs that interferes with the airways, often in the form of a sudden “attack.” Often asthma involves the body’s immune system reacting to an allergen as a threat causing inflammation and hypersensitivity in the airways. When the bronchial tubes get inflamed and filled with excess mucous an asthma attack can be triggered and the inflammation worsens.

Asthma sufferers often experience a difficulty in breathing, with coughing, wheezing and tightness of the chest during an asthma episode. These symptoms occur when the muscles around the bronchi constrict, limiting the flow of oxygen.

There are two types of asthma, allergic and nonallergic. Allergic asthma can be caused by any allergen, which can include mold, food allergens (e.g. dairy, wheat), animal dander, chemicals or pollutants. Nonallergenic asthma can be triggered by bronchitis, weather changes, stress, and low blood sugar or may be passed on genetically from a previous generation.

The increase in atmospheric pollution on Earth is associated with a recent increase in the incidence of asthma.2

An asthma attack can become a form of emphysema if not treated and can even become life-threatening due to the interference with breathing.  It is important to have a doctor or health care practitioner properly diagnose asthma for correct treatment.

Emphysema – Emphysema is a lung disease associated with tobacco smoke or exposure to pollution. People with emphysema have damaged alveoli – the small air sacs located in the lungs. This damage reduces lung elasticity which in turn makes exhaling difficult and interferes with the oxygen exchange procedure.  Typical health effects of emphysema include continual shortness of breath, coughing, wheezing, lung infections and general inflammation of the lungs.

Other respiratory conditions include the following:

Common cold – The common cold is a viral infection of the upper respiratory tract typically occurring in the fall or winter. The most common virus that causes a common cold is a rhinovirus. The symptoms of a common cold often include congestion, sore throat, coughing and sneezing. An extended cold can lead to bronchitis or sinus infection.

Influenza – Influenza, or “the flu” for short, is a viral infection of the respiratory tract. The flu is extremely contagious, spread by sneezing and coughing, entering the body through the body’s airways. The symptoms are similar to those of the common cold – dry throat and cough, congestion, body aches, tiredness, hot and cold sweats – but typically last longer, sometimes up to two weeks.

Allergies – Allergic reactions can occur in the body when the body’s immune defense system overreacts to a normally nontoxic substance, damaging the body itself.

There are many substances that can cause an allergic reaction in humans: molds, dust, pollen, metals, animal hair or dander, insect bites, certain foods (e.g. nuts, dairy, wheat) and chemicals. Allergic side-effects can include congestion, wheezing, coughing, impaired breathing and swallowing, rashes, itchy eyes or skin and tiredness. Some allergies are seasonal; the most common being hay fever. The symptoms of hay fever are very similar to the common cold, but tend to last longer.

Pneumonia – Pneumonia is yet another inflammatory condition of the lung, primarily affecting the alveoli. Pneumonia is most commonly caused by viral or bacterial infections (or a combination), particularly the bacteria Streptococcus pneumoniae. Influenza and rhinovirus viruses are also common causes of pneumonia. The symptoms of pneumonia can include cough, fever, chills chest pain and difficult or short breathing.

Respir-First is useful for alleviating a number of respiratory-related conditions: