< Back to Bladder Support 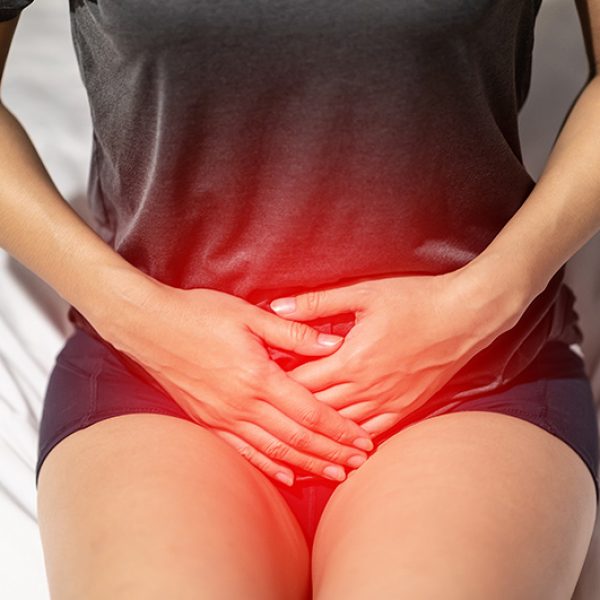 There’s never a good time for a UTI

It’s a bacterial infection that primarily affects women and its symptoms are the very definition of discomfort:

What is a UTI and what causes it?
Urinary tract infections are bacterial in nature and can occur in various areas of the urinary system. They typically enter via the urethra (urethritis), can advance up into the bladder (cystitis) and even into the kidneys (pyelonephritis), which can become a serious health concern.

Escherichia coli (E. Coli) is the bacterial strain involved in 85% of UTIs.2 Because of a shorter urethra and its close proximity to the anus, E. Coli infections in the urinary tract can occur easily in women. E. Coli are common bacteria normally found in the intestine, but are highly undesirable in the urinary tract where they can multiply quickly causing infection. Even worse, E. Coli cell walls have “sticky” projections that allow them to adhere to bladder lining and multiply, making them very difficult to wash out.

Bacterial strains such as Staphylococcus saprophyticus cause most remaining UTIs. Yeasts such as Candida albicans are rare in UTIs but are rising. Risk factors for UTI incidence increase with the frequency and intensity of sexual intercourse, diabetes, pregnancy, menopause, a weak immune system, blockages in the urinary tract and the use of harsh skin cleansers, birth control pills, contraceptives and spermicides. Recent news reports indicate that UTIs can also be contracted by eating contaminated chicken3.

Medical treatment for UTIs
Physicians typically use antibiotic treatments to deal with UTIs after diagnosis through laboratory tests.  Antibiotics are effective and depending on the treatment can clear the condition within 1-10 days. Unfortunately, antibiotics may be less effective during re-occurrence as UTIs can be caused by a variety of bacteria. Also, overuse of antibiotics can lead to bacterial resistance, making them less effective for future use. As one-third of infections reoccur, many people are left frustrated in finding a UTI solution.

Preventing UTIs
Preventing urinary tract infections is the best course of action. There are a number of simple steps one can take to reduce the risk of UTIs.

Natural remedies for UTIs
Another way to prevent and treat UTIs is through supplementation with one of or a combination of several natural ingredients that have been shown to be effective.

Cranberry – Cranberry is not only a popular fruit and juice, it is also the most popular natural ingredient for dealing with UTIs. Cranberry delivers two key actions: 1) cranberry acidifies the urine to reduce bacterial growth, and 2) prevents adherence of the bacteria in the bladder’s lining. Cranberry is considered more effective in preventing than treating UTIs.

D-mannose – D-mannose is a simple sugar that many find helpful for UTIs. It works by coating the E. Coli. Being even stickier than the E. coli, d-mannose prevents adherence of the bacteria in the lining of the bladder allowing the bacteria to be washed out. D-mannose is highly recommended by naturopaths but has yet to be validated by clinical studies.

Hibiscus extract – The hibiscus plant (Hibiscus sabdariffa) from western Africa has been used for centuries in herbal teas. It has been traditionally used to treat urinary infections, menstrual cramping, high blood pressure, sooth the respiratory tract and has been used externally for skin and hair health.

Hibiscus is rich in a variety of natural compounds, such as anthocyanins, proanthocyanins, polysaccharides and organic acids that have led it to being further studied for its ability to prevent and treat UTIs. In France, a specific patented extract of hibiscus called ELLIROSE™ has undergone double-blind, human clinical trials to evaluate this potential.

In the study of ELLIROSE™ hibiscus extract, 90 women between the ages of 18 and 55 with a history of reoccurring UTIs (8 or more per year) were evaluated. Over a 24 week period, the women taking 200 mg of ELLIROSE™ daily decreased their incidence of UTIs by 77% (vs. 20% of the placebo).4 These were extremely promising results; more positive than any plant extract previously studied.

Analysis showed that ELLIROSE™ achieved these results through several modes of action:

The other improvements patients experienced in the ELLIROSE™ study were reduced pain during urination and a reduction in urine odour.