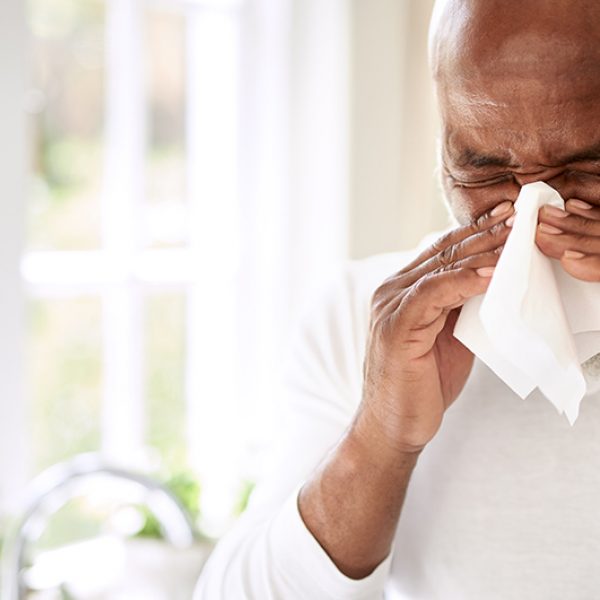 The war on summer colds and allergies

Why does cold and flu season seem to apply to you, every season? Why does it take you weeks to bounce back when a bug gets you down? Why do your allergies seem to be so much worse than others? The answer to these questions might be an under-appreciated immune system.

I often like to think of the immune system in terms of a war. Our warriors are known as white blood cells, while the invaders are often pathogens in the form of bacteria or virus’. When the body first meets the enemy, it attacks without much strategy because we have yet to understand this new invader. In the ensuing battle, we lose some warriors, and hopefully the enemy will lose far more. To better understand the enemy for future invasions, our warriors will take some of their parts known as antigens to study. This allows the body to train cells to adapt in a very specific and strategic manner. While this system normally works well, sometimes the body will mistake an allergen for an enemy, and mount an inappropriate immune response to a piece of pet dander or certain foods.

This begs the question: How can one support the immune system and reduce allergy symptoms such as a cough, runny nose or itchy eyes? Luckily, one may only need to look at the global garden outside.

Certain herbs have long been used for strengthening the immune systems of humans. The European Medicines Agency hosts a wealth of information on many of these incredible plants and minerals. Echinacea purpurea is more of an immunomodulator, meaning the plant can help mitigate the peaks and valleys of the immune reaction. It has been shown to reduce cold frequency, duration, and severity. Another herb, Astragalus radix, also carries immunomodulatory properties and can help support the immune system. This modulatory characteristic allows the species’ to be used for both the prevention and treatment of cold and flu symptoms.

Vitamin C is also a classic example of a key nutrient used to fortify the body against illness. There are many studies demonstrating its potential to reduce the duration of an upper respiratory tract infection by approximately 1.6 days. When your child is ill, a day and a half less with a sick child is a gift from the universe for any parent. The research also indicates that the benefit was even stronger when vitamin C is supplemented alongside Echinacea purpurea.

The environment of the gut, known as the microbiome, has the ability to influence the immune system. When pathogenic bacteria accumulate, they can weaken the body’s defences. Probiotics can help restore beneficial bacteria such as Lactobacili and Bifidobacteria, which have been shown to reduce the duration of colds, and how often individuals get sick. A gut with a more diverse population has also been shown to reduce the severity of allergy-related diseases.

It’s also important not to shy away from important minerals such as zinc which has been shown to boost the immune system by controlling systemic inflammation, particularly important in allergies, and reducing the amount of oxidative stress experienced by the body. Any mineral or vitamin deficiencies in the body leave very few resources for your warriors to utilize. When you take a multivitamin, you’re providing fuel for these cells to perform their critical functions such as gobbling up pathogens when they go to war, dividing into new cells, and alerting the body to invaders – just to name a few.

These options are readily available to help arm your body against a variety of intruders on our immune systems.

Owen Wiseman is a fourth-year student and primary intern at the Canadian College of Naturopathic Medicine (CCNM). His background in neuroscience and psychology are where he developed a keen interest in ways to heal and ignite the human experience. When he isn’t studying, Owen can be found enjoying time outdoors with his dog, sipping a tea, or learning something new.

Haywood, Brylee A., et al. “Probiotic supplementation reduces the duration and incidence of infections but not severity in elite rugby union players.” Journal of Science and Medicine in Sport 17.4 (2014): 356-360.

Ross, Stephanie Maxine. “Echinacea purpurea: A proprietary extract of echinacea purpurea is shown to be safe and effective in the prevention of the common cold.” Holistic nursing practice 30.1 (2016): 54-57.