< Back to Bone Health 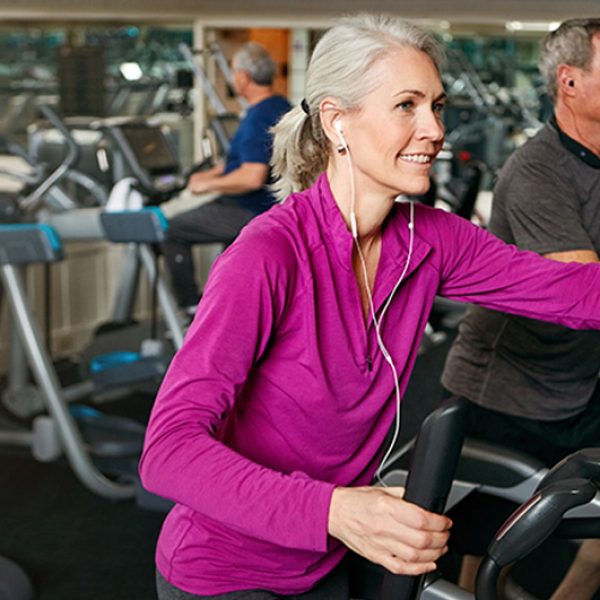 The link between bone health and cardiovascular health

Osteoporosis, the weakening of the bones due to bone mineral loss, afflicts over two million Canadians, with many more going undiagnosed. The disease is associated with increased bone fractures and a loss of independence. It primarily affects menopausal women. Women can lose an alarming 2-5% bone density per year during menopause.1

When it comes to preventing osteoporosis, no other vitamin or mineral is more closely associated with bone health than calcium. Through Health Canada’s dietary recommendations, advice from our personal health care practitioners and the milk advertisements that we watch on television every day, the connection between calcium and bones is pervasive. Indeed, it is true that calcium is necessary for bone health. Calcium provides the protective “concrete” coating to the collagen “re-bar” of our skeletal structure. Our bones act as a store-house for calcium in the body. Humans, however, are not able to produce calcium – we must get it through our diet.

Because of the high incidence of osteoporosis and osteopenia in the aging population, it is assumed that calcium intake must be increased. Many women are supplementing with 1200 mg of calcium per day to prevent or slow osteoporosis based on the recommendation of their health care practitioner. Newer studies, however, have begun to question whether taking these high amounts of calcium is truly beneficial.

Recently the media has trumpeted such headlines as “Calcium pills taken by hundreds of thousands of women ‘double risk of heart attack and could do more harm than good” (Daily Mail, May 2012), leading calcium users to be concerned about supplementing with this mineral.2 A large study done by the University of Auckland, looking at calcium supplement users in Germany was behind the headlines and suggested that calcium supplements at high doses may indeed be linked to an increased incidence of heart attacks. The study was quite controversial and some felt that more studies need to be done before such conclusions were drawn. The authors of the study concluded that calcium-only supplements in insolation were not as well utilized by the body as calcium from food sources.3

Vitamin D, the sunshine vitamin, has recently received increased attention for its role in bone health. Vitamin D helps us to absorb a higher percentage of our calcium intake. Supplementation of vitamin D is often recommended in Canada, due to our low intake of vitamin D during the short period of daylight in our winters. Vitamin D has its limits, however. While vitamin D increases absorption of calcium, it does not direct calcium to the bones. Yet another specialized vitamin is required to increase the uptake of calcium in the bones.

The Vitamin K2 Factor
While many have increased their calcium intake, the incidence of osteoporosis and cardiovascular incidents has also continued to rise. Emerging – and often ignored– research, is revealing that our intake of another much needed bone nutrient has decreased: vitamin K2.

Vitamin K2, a fat soluble vitamin, was once naturally abundant in our diets. It was found in the animal byproducts that we consumed daily, such as meat, eggs, dairy and cheese. Animals consume vitamin K1 from the grass that they eat while grazing and convert it into K2 in their own bodies; humans get the majority of their K2 by consuming animal by-products.

Times have changed, unfortunately. With our new modern farming techniques, most domesticated animals are now kept in barns and fed grains instead of grass. By not consuming grass, the animals are not getting the vitamin K1 that they would normally use to provide vitamin K2 rich by-products. By being housed inside, they no longer get vitamin D exposure from sunlight. While vitamin D is often fortified into animal-feed or added back into milk for human use, vitamin K is not.

Research indicates that K2 may prevent some of the negative consequences of high calcium intake. K2 ensures that calcium intake actually gets into the bone rather than being left to build up in the arteries and soft tissues. Calcium in the bone helps to increase bone density. Calcium in the blood becomes the primary mineral contained in plaque deposits that harden in the arteries, leading to cardiovascular disease. Cardiovascular disease is linked to one-third of human deaths.4

Vitamin K1 is a related form of vitamin K found in leafy green vegetables. It is not significantly involved in bone or cardiovascular health. It does play a role in the blood-clotting factor of blood. Unlike vitamin K2, vitamin K1 is rarely deficient in humans. Those taking blood thinning medication need to monitor their consumption of vitamin K1-containing foods.

How does Vitamin K2 work?
To simplify a very complex process, Vitamin K2 is a protein activator. Its presence activates the proteins MGP (Matrix GLA Protein) and osteocalcin. Calcium binds to these two proteins when they are activated. Activated MGP draws calcium out of soft tissues, organs and arteries. Activated osteocalcin assists calcium in sticking to the bones. These dual actions are what make vitamin K2 so mutually effective for bone and cardiovascular health.

Although vitamin K2 does not get the attention it deserves, the clinical evidence of its effectiveness is well-documented.