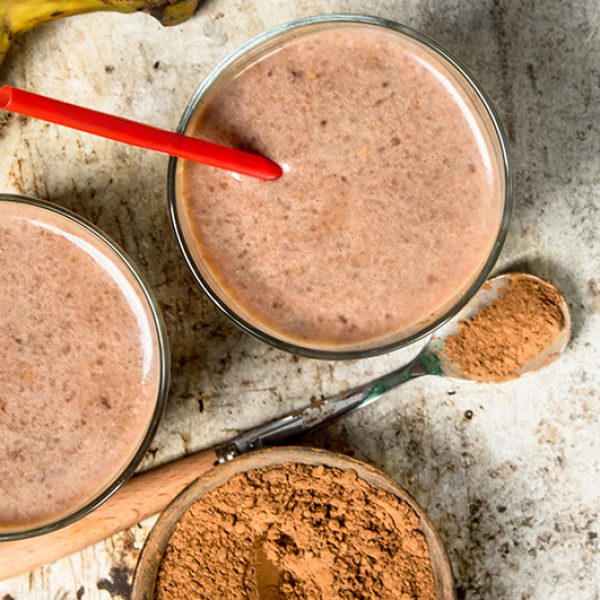 Plant proteins have definitely acquired a bad rap. It began decades ago, when folks thought that plants provided incomplete proteins that tasted terrible, were hard to digest and – perhaps the worst – produced painful and socially unacceptable gas. But plant proteins have come a long, long way. Whether your goal is to build muscle or stave off the effects of aging, plant proteins can be a powerful ally.

Contrary to what you might think, plant-based foods are the leading source of protein world-wide and comprise 57% of daily global protein intake. Grain-like seeds including amaranth and quinoa provide a well-balanced composition of amino acids as well as albumin and globulin proteins. While it is true that some plant foods might be missing an amino acid, our bodies know how to gather the required protein building blocks from the raw material amino acids we have taken in from all food sources over the course of a day. For example, if a protein is missing the amino such as leucine, nutrient-dense nuts, seeds and legumes including peanut, almond, cashew, flax, pumpkin and sesame seeds, for example, are supply plenty of this nutrient. In other words, plants are important sources of complete protein.

Seeds contain all the energy required for a plant to start and sustain early life. In order to protect this plant potential until the optimum growing conditions occur, seeds contain phytic acid, enzyme inhibitors and lectins. Although great for the plant, these are anti-nutrients for humans because they are linked with digestion problems and impaired absorption. Fortunately, however, sprouting seeds triggers plant enzymes to begin to the break down of starches, which makes it easier for you to digest and absorb plant nutrients, without bloating and gas.

Sprouted grains and seeds have been shown to be higher in enzyme activity as well as the B-vitamins, vitamin C and minerals zinc, calcium and iron. Sprouted foods also contain higher levels of phytonutrient sulforaphane. Most significant for this discussion, sprouting also generates a significant boost in amino acids, which will help you with your goal to eat more protein. Compared to raw, for example, sprouted quinoa shows an 30% increase in antioxidants and high concentrations of γ‐aminobutyric acid (GABA). Germinated brown rice contains higher levels of glutamic acid, alanine, and glycine versus the raw grain. The net result is undeniably better nutrition.

If plant is good and sprouted is superior, then fermented is next level nutrition. Fermentation is a natural metabolic process that uses plant-based probiotic bacteria like Lactobacillus plantarum and Saccharomyces cerevisiae yeast to preserve food and to amp up its nutritional quality. Fermenting increases the biological availability of essential amino acids: Research shows, for instance, that fermented grains have 3-10 times more lysine that non-fermented grains. Fermentation also reduces anti-nutrients like phytic acid and may help to reduce gas production.

If you think that plants are meat’s weaker cousins in the power department, it’s time to have another look: Plant proteins rival their competition for performance results. For example, 2014 research found that the leucine (the amino acid that is critical for muscle protein synthesis) in rice protein was absorbed almost 30% faster than leucine in whey. Compared to whey protein isolate, in fact, rice protein isolate administered post-exercise provides similar improvements to markers of body composition and exercise performance in young male athletes at higher, matching doses. Other 2015 double-blind research showed that pea protein also matched whey in terms of muscle promotion.

Long gone are the days when plant protein supplements were gritty and unpalatable. Now you can choose unflavoured protein to add to your smoothie, or delicious flavours like chocolate and vanilla that you can simply add water, shake and enjoy. For greater protein diversity, look for blends that contain sprouted, organic, non-GMO legumes, grains and seeds, including pea protein isolate, amaranth, quinoa, millet and pumpkin seed. To amplify your nutrient intake, use a supplement that combines sprouting with fermentation. No matter what your health and fitness strategy might be, you can raise the bar with sprouted plant protein.