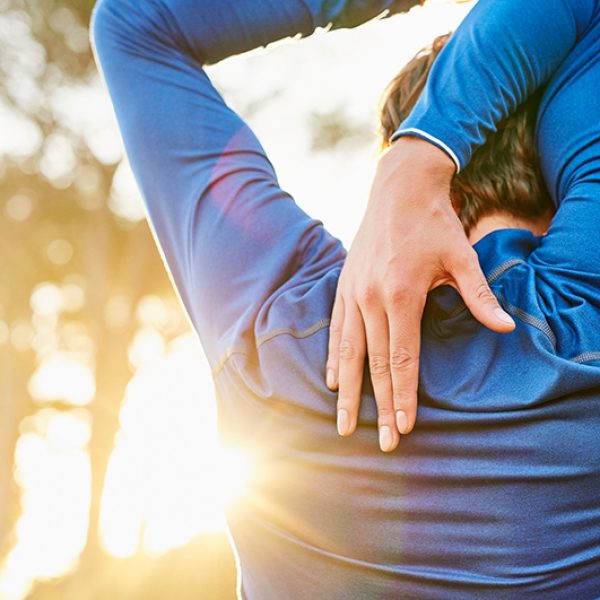 Joints Feeling Stiff? It Might Not Be the Cold Weather

Degenerative joint disease or osteoarthritis is a chronic condition primarily of the weight bearing joints of the body. Almost half the population has some form of joint degeneration by the age of 60. Small pieces of bone and cartilage may become loose and get caught inside the joint, or cause bony spikes that irritate the joint. As we age there is less ability to manufacture and restore cartilage. Symptoms of degenerative joint disease include stiffness, soreness when initiating movement, and varying degrees of pain, from minor to intense.

A common misconception is that nothing can slow osteoarthritis – that it is a progressive condition where only the pain can be managed with anti-inflammatories such as Advil and Motrin. Although these drugs do suppress the painful symptoms, recent research suggests that they may actually accelerate the progression of degenerative joint disease. Studies have shown that these drugs contribute to cartilage destruction and inhibit new cartilage from growing. Prolonged use of these anti-inflammatories can cause gastrointestinal bleeding, or liver and kidney damage. (Brooks, et al.)

Unlike these anti-inflammatories, Glucosamine and Chondroitin addresses more than the pain. It gets right to the root of the problem by stimulating connective tissue production and repairing damaged joints. These naturally-sourced products help to form the cushioning ingredients in joint fluids and surrounding tissue, lessoning the friction and pain. A Portuguese study that involved 40 patients who had arthritis in only one knee were divided into two groups: one group received 1.2 grams of Ibuprofen daily for eight weeks and the other group received 1.5 grams of Glucosamine. Those given Ibuprofen had rapid decrease in pain during the first two weeks but increased pain after the end of eight weeks. The GLS group did not have the dramatic pain relief during the first two weeks but at the end of the eight weeks they had much less pain than the ibuprofen group. (Vaz, et al.)

References:
Brooks, E.M., et al., “NSAIDs and osteoarthritis – help or hindrance?” Rheumatol, 9: 3-5; 1982
McCarty M.E., “The neglect of glucosamine as a treatment for osteoarthritis – a personal perspective,” Med Hypotheses; May, 1994
Vaz A.L., et al., “Double-blind clinical evaluation of the relative efficacy of ibuprofen and glucosamine sulfate in the management of osteoarthritis of the knee in out-patients,” Cun: Med Res Opin, 8: 145-149; 1982