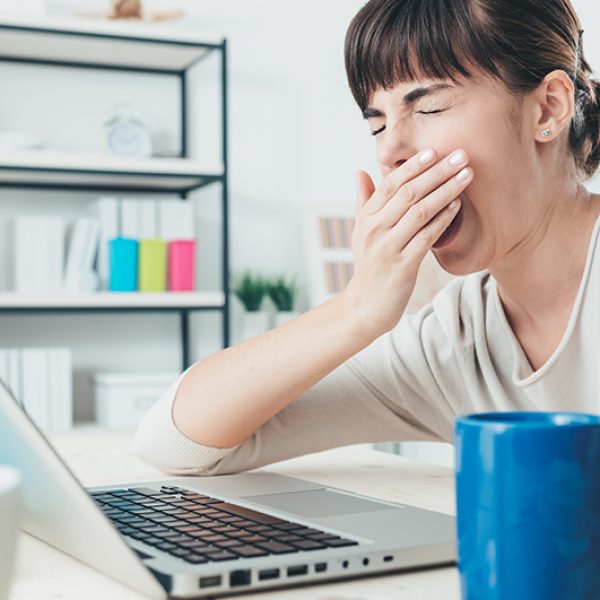 Could this be the cause of your fatigue and lack of stamina?

Iron deficiency and anemia – Could this be the cause of your fatigue and lack of stamina?
The World Health Organization of the United Nations calls iron deficiency anemia the world’s most prevalent nutritional disorder, affecting over 20% of the world’s population.1 Anemia is the result of insufficient red blood cells or hemoglobin in the blood which reduces the amount of oxygen that can be distributed to the body’s organs, resulting in low energy and other symptoms. The most common cause of anemia is iron deficiency.2

While anemia can be diagnosed by measuring red blood cells and hemoglobin, many individuals with an iron deficiency are not yet anemic and suffer undiagnosed (see “Determining an Iron Deficiency”). Iron deficiency is more common in developing countries, but a significant degree is observed in North America in certain populations, such as women of childbearing age. Approximately, twelve percent of women between 20 – 49 years of age are iron deficient with even higher rates for Latino and African-American populations.3 Other groups at risk are First Nations and Indo-Canadian, vegans and endurance runners.8

These symptoms occur because there is insufficient iron to produce hemoglobin to carry oxygen to the major organs – heart, lungs, kidneys – causing them to overwork. The symptoms are even more dramatic in children. Iron deficiency in children can reduce learning capacity and attention span while causing irritability.6

One option for supplementing iron is Ferrochel®, a patented form of chelated iron (ferrous bisglycinate) that is both easily absorbed by the body and safe for long-term use.

Iron absorption – How to get the iron your body needs without side-effects?
A key to reversing an iron deficiency is finding an iron supplement that is bioavailable and absorbable. Ferrochel®, a patented chelated iron, (ferrous bisglycinate) is a form of iron like heme iron (chelated or protein bound iron), which is not affected by dietary factors that can interfere in iron absorption.

Published studies conducted by well-known researchers throughout the world have consistently shown Ferrochel® to be more bioavailable than other forms of iron (see chart). A study conducted on anemic children found Ferrochel® to have an apparent absorption rate of 70-75%, 3.7 times that of iron from commonly prescribed ferrous sulfate.6*

Iron Safety Issues – Short-term and long-term
Toxicological studies have been conducted on Ferrochel® iron at the University of Utah. These studies compared the safety of Ferrochel® with ferrous sulfate. Taking into consideration Ferrochel®’s greater absorption, it was considered to be almost 10 times safer than ferrous sulfate.10

Another question to address in iron supplementation is the long-term safety of the supplement used. Ferrochel® was studied in a multi-generational study on pigs. The pigs were fed a diet containing 500 mg of Ferrochel® iron, per day for four consecutive filial generations. The researchers who evaluated these animals could not detect any biochemical, physiological, or histological changes in these animals compared to normal animals. Histochemical analysis found no abnormal accumulation of hemosiderin, which means that there was no evidence of excess iron accumulation in the animals’ tissues. This is evidence that even at this high dose (500 mg/day) Ferrochel® chelated iron is able to be metabolized – strong evidence of low toxicity and safety for long term use.11*

The overall safety found with Ferrochel® may be a function of its unique patented chemistry: a chemistry that permits the body to handle this form of iron with an ease and efficiency not seen with other forms of iron. Ferrochel® is preferentially absorbed in the jejunum with some absorption in the duodenum. Iron salts are primarily absorbed in the duodenum. Ferrochel®’s absorption is not inhibited by dietary components such as phytates, phosphates, other metals, phenols, and tannins that generally reduce absorption of iron salts. Ferrochel®’s movement from the lumen into the mucosal cells is several times more rapid and in greater quantity than that of inorganic iron because it does not enter into the chemical reactions normally associated with iron salts.12*

Iron Testing – Determining an iron deficiency
If you think that you have symptoms of iron deficiency, you should consult your health care practitioner for further testing.

Iron Dosages – Dealing with anemia
How much iron do you need to deal with an iron deficiency? The British Columbia Medical Association recommends 180 mg of elemental iron per day to replenish iron stores. Anemia can be resolved in 2 – 4 months and therapy should continue for 4 to 6 months or until your physician observes serum ferritin (blood iron) levels of 50 µg/L.8