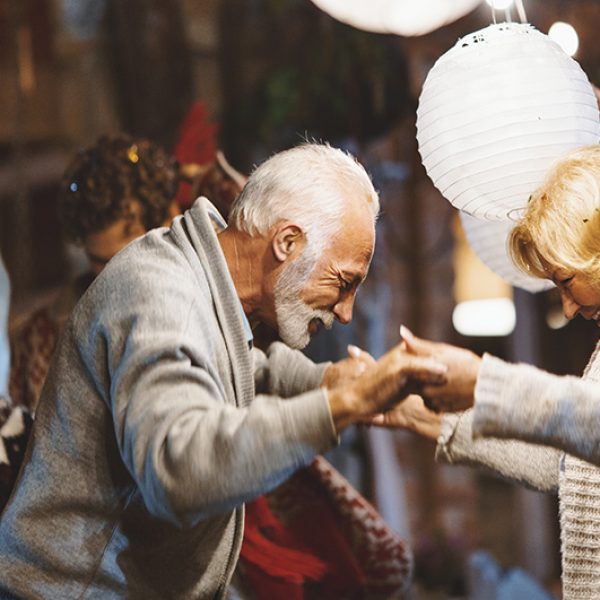 Seniors are one of the main groups at risk for a B12 deficiency with an estimated 10-15% of seniors having a deficiency.3 As we age, our hydrochloric acid production weakens, leading to impaired digestion and less B12 being absorbed from our food. This condition is called atrophic gastritis and affects between 10—30% of older individuals.3 Further, those with low hydrochloride levels are likely to have increased levels of intestinal bacteria that consume even more B12. Seniors unable to absorb sufficient B12 though their diet must obtain it either through oral or injectable supplementation. As we will learn, a B12 deficiency can cause major health issues for older adults.

Individuals with digestive disorders can have problems getting B12 from their food. Sufferers of celiac disease or Crohn’s disease may not absorb sufficient B12 during digestion. Further, individuals who have gone through gastrointestinal surgery are at risk for low B12 due to the loss of hydrochloric acid producing cells.4

Those suffering from pernicious anemia also have difficulty absorbing vitamin B12. Sufferers of this condition lack the intrinsic factor for completing B12 absorption.5 These individuals usually require their B12 supplementation by injection or high oral doses.

Vegetarians are another group at high risk for B12 deficiency. B12 is available in our diets only through animal source foods: fish, meat, poultry, eggs, milk and milk products. Plant source foods do not provide B12 to humans; some plant source products such as sea vegetables are thought to contain B12, but in fact only have a pseudovitamin B12 that does not deliver the same benefits.6

Groups at higher risk of B12 deficiency include:

Signs of a B12 deficiency?

A B12 deficiency can be confirmed by a health care practitioner through testing homocysteine and methylmalonic acid levels in the blood.7 There are multiple signs that may indicate that testing should be done.

Symptoms of a B12 deficiency include:

*Note: Do not self-diagnose.

Benefits of B12 supplementation

Studies have shown that supplementation is very effective in treating a B12 deficiency and related symptoms. Although often promoted as a general “energy booster”, there is only anecdotal evidence that it can function as such for those not deficient in B12.8 For those who are deficient, however, the results from vitamin B12 supplementation can be dramatic; it can treat the many symptoms of a B12 deficiency. Supplementation can help to address megaloblastic anemia (decreased red blood cells and low hemoglobin), decreased energy, easy fatigue and cognitive issues such as concentration difficulties, mood changes and memory impairment.

Some of these conditions, if not quickly addressed, can be permanent. Because of the seriousness of the effects of a deficiency, some recommend that all elderly patients should be screened for B12 levels.9 B12 has also been studied to help prevent reactions in those allergic to sulfites.10

B12, a member of the vitamin B family, is an important nutrient in the maintenance of human health. B12 is involved in many metabolic functions including the formation of red blood cells, neurological functioning, DNA synthesis and the metabolization of carbohydrates, fats, and proteins.1

While the majority of us get enough of this vitamin through our daily diet, there are several groups representing as much as 15% of the overall population who are susceptible to a deficiency which can have serious consequences.2